Free Shipping on US orders over $75 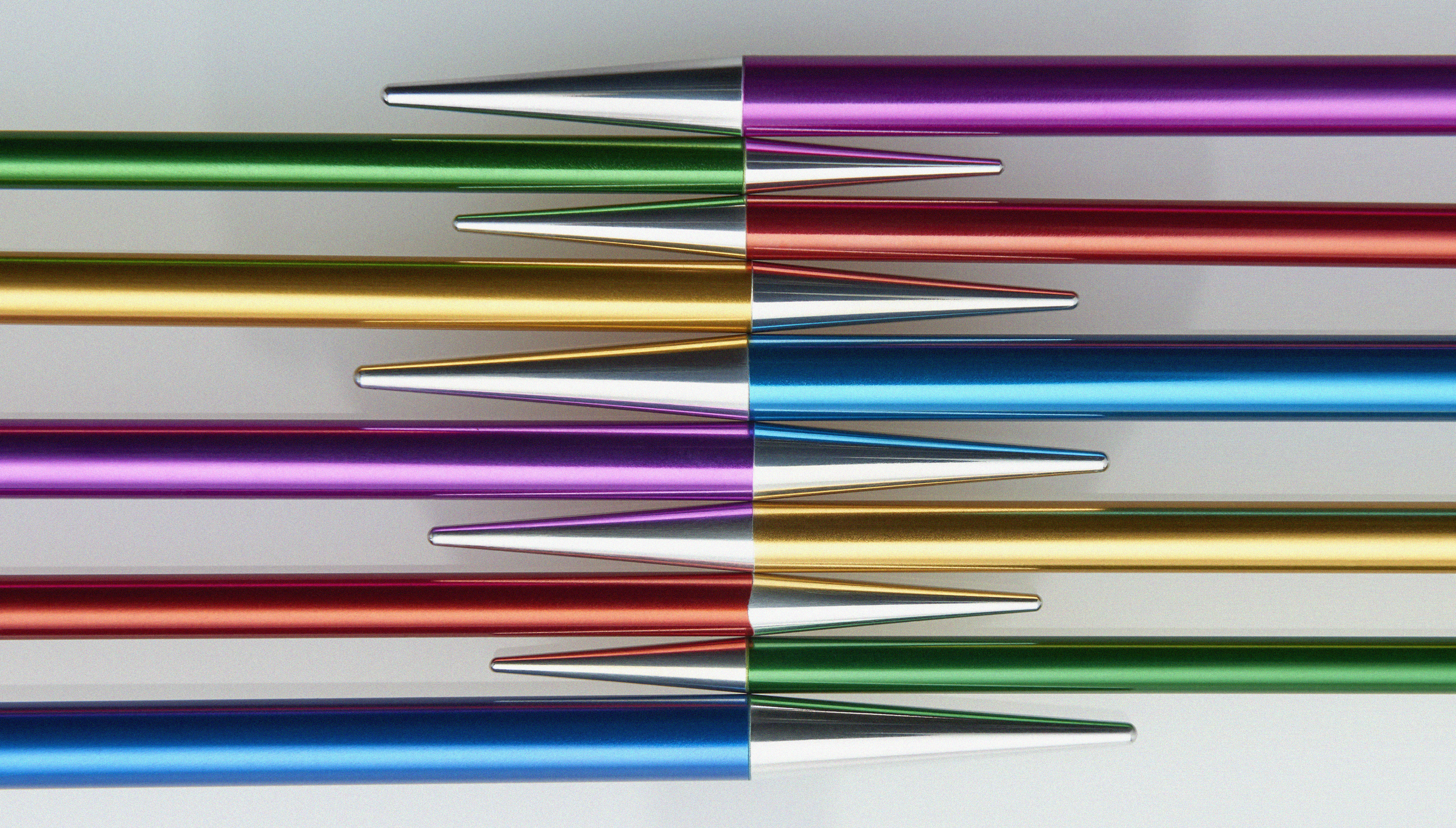 When our boys were about 7 and 11 our older son asked if they could have the money we would have paid a barber if he cut his younger brother’s hair. We wanted to encourage them so we agreed with the only caveat was that they had to do it outside. Off they went. Shortly thereafter the “cutter” came back in with the immortal words that are now immortal in our family “wow, that’s harder than it looks. And he was so right – we had to take the “cuttee” to the barber ASAP.

This year has been so special for everyone here. Our yearlong 10th birthday celebration was certainly highlighted by the fabulous retreat we had in October. Everyone here immediately went into holiday mode after we returned. One of the things we have been so happy to do over the years is to provide a free pattern to all our customers and we have worked with many terrific designers.

I must have been hit by lightning because in some cloud of confusion of my abilities, I volunteered to do a scarf pattern that would commemorate the birthday. I had lots of ideas swimming in my head of possible motifs and they swam for more time than they should. Then came the horrible realization that each element had to line up, that a decision had to be made on the width, and small things like should it be written out or charts? All the things in my mind were not the consensus here. For example, I thought it should be a lot wider than others and that charts seemed very easy. Both were voted down.

I literally knit the finished scarf many, many times over and frogged more than I ever thought possible. I was groggy a lot from the late nights since I had WAY underestimated the time to get this done. This simple pattern nearly did me in.

Here is what I hope each and every one of you will take away from my pain: designers earn every single penny of their patterns. I will never question the cost again. When we buy a pattern we simply don’t know what it takes to create, plan, execute, test even a simple pattern. Well, I do know now and all I can say is “that’s harder than it looks”.

Finally I just had to give up and contacted the wonderful designer Kate Atherley who turned the mess into a real pattern. The gods of knitting must have helped because we do have a free pattern for you.

If you want to do any pattern designing you can find help here: http://kateatherley.com/beginners-guide-to-writing-knitting-patterns/

It is pretty simple but with a few cross over stitches and slipped stitches. The X blocks commemorate the 10 years with a swoopy S in the middle which looks quite nice even if you don’t know Signature.